Rev Foggit who is the Minister at the Church, and his wife Ms Tineke along with other delegation members including Sessions Clerk Mr Chandan de Silva, were greeted by His Holiness’ representative at the newly constructed Burhani Serendib School Hall, which overlooks the Indian Ocean.

The formal meeting started off with a moment of silence to remember the 268 victims killed in the Easter Sunday attacks on April 21, as Sunday marked the third month anniversary of the brutal terrorist attacks in Sri Lanka.

The guests were then given a brief presentation on how the first Dawoodi Bohras settled in Sri Lanka and how they have since grown into a vibrant, dynamic and peaceful community in the island country.

The delegation was also briefed on various socio-economic development projects undertaken by the Community in Sri Lanka and across the world.

Rev Foggit then addressed the audience, explaining the various functions of St Andrew’s Scots Kirk Church as well as its history and initiatives. He added that it was a vital moment for all communities in Sri Lanka to come together and not allow acts of terror to create divisions and fear amongst the people.

The guests were then treated to a traditional Bohra meal after being given a tour of the community centre complex. 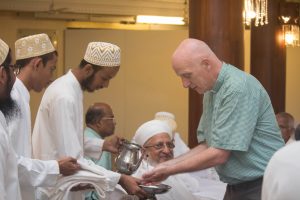 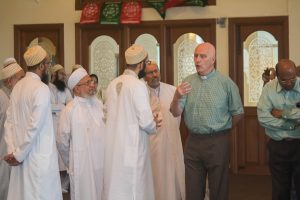 Giving Back on Independence Day

This post has been edited in the interest of brevity,...